Are you moving to or from Bromley and need a local removals company? 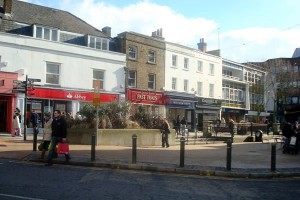 We provide a professional and trustworthy range of removal services for domestic and commercial customers.

Bromley is a large suburban town, the administrative headquarters of the London Borough of Bromley in south east London. It was historically a market town chartered since 1158 and an ancient parish in the county of Kent. Its location on a coaching route and the opening of a railway station in 1858 were key to its development, and the economic history of Bromley is underpinned by a shift from an agrarian village to commerce and retail. As part of the suburban growth of London in the 20th century, Bromley significantly increased in population and was incorporated as a municipal borough in 1903. It has developed into one of a handful of regionally significant commercial and retail districts outside central London and has formed part of Greater London since 1965. Most of Bromley including the town centre falls under the BR1 postcode area, whereas areas to the west towards Shortlands are part of BR2 instead. The population of the town, consisting of the Bromley Town ward, was 16,826 in the 2011 census.

The London Borough of Bromley

As well as Bromley, we operate our Local Removals and Storage service from:

and we also cover the surrounding areas in Kent, East Sussex, West Sussex, Surrey and Greater London and deliver throughout the United Kingdom or abroad.

I cannot find words to express my total satisfaction at the excellence of your service from my initial inquiry to the removal van moving off after delivering the load. The removal team where skilled experienced very pleasant and made the whole thing appear so easy and stress free. I did want to call you or write to express this but have been so busy.